Women in leadership statistics everyone should know in 2020 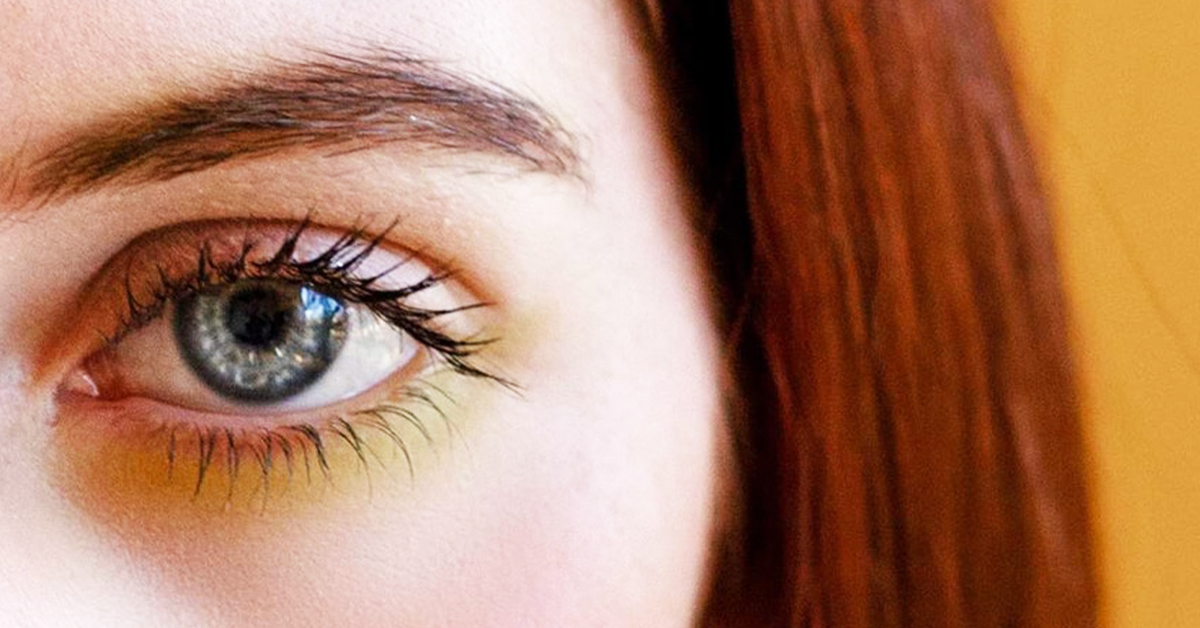 Eye-opening women in leadership statistics everyone should know in 2020

During the week of International Women’s Day 2020, we’re taking the opportunity to reflect upon and share some of the most eye-opening women in leadership statistics from the past 12 months.

With the theme of #eachforequal, it can be interesting to consider the statistics that sit behind the push for equality in our places of work.

Change is happening. Unilever recently announced that it has achieved gender balance across management globally, a year before they’d intended to achieve this goal.

While there has been an increase in global awareness of the challenges women face in the workforce (unconscious bias, harassment and parental leave to name a few), the statistics indicate there’s more work to do.

We’re still seeing gender pay gaps across every industry, occupation and manager category in Australia according to the Workplace Gender Equality Agency. What’s most interesting is that this gender pay gap hasn’t changed substantially for the past two decades, sitting between 12% and 17%. The number of Female CEOs in Australia has remained stagnant at 17.1% and female representation on boards has inched up by just 1.0 percentage point to 26.8% in the last year.

Let’s dive deeper into these eye-opening statistics on female leaders in the workforce.

What about this – did you know that there are more male CEOs named Andrew than there are female CEOs leading ASX200 companies?

Women are not making it into as many senior leadership roles as their male counterparts. How is this possible when more women attain a bachelors degree in Australia? Let’s dig a little deeper.

According to McKinsey’s Women in the Workplace 2019 report, progress at the top is constrained by a “broken rung.” The biggest obstacle women face on the path to senior leadership is at the first promotion to a manager level role. 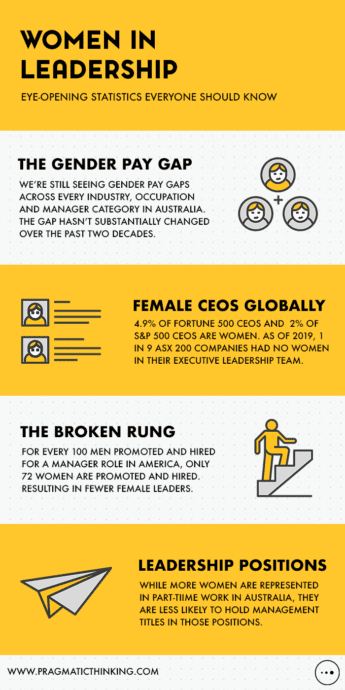 The statistics aren’t much better in Australia, as even though more women are represented in part-time work they are at the same time less likely to hold a management title in those part-time positions.

So, we know there’s a couple of issues hindering the progress and promotion of women into leadership roles. But there is one glaringly obvious action that organisations can take to improve this situation and in turn, improve their business results through diversity and equal opportunity.

Can you guess what it is?

It comes back to management roles.

According to McKinsey’s report (in collaboration with leanin.org) about a third of companies set targets for the representation of women at first-level management, compared to 41% for senior levels of management.

Given the issue of the broken rung, hindering women from reaching manager level, companies could be better supporting their women in developing the necessary leadership skills to step into their first manager level role within the organisation as part of their professional development.

So, where to from here?

The Problem with Women in Leadership Programs

While there are now more ‘women in leadership’ programs than ever before, we’re not seeing a substantial shift of the dial.

Let’s cut to the chase: a lot of women in leadership programs are generic leadership programs with the word ‘women’ added to the title. The latest research coming out of psychology, sociology and anthropology is indicating that gender-relevant leadership skills make all the difference. Understanding how female voices are heard differently in our auditory systems in our brains is one way that science can strengthen leadership skills for women in their places of work.

How can we expect our female leaders to make a difference, innovate and improve results if we keep giving them generic leadership development?

We’ve run the Lead Boldly program within organisations and its effectiveness is evident in the feedback from attendees and the substantial number of women who are promoted and take on higher roles 6 to 12 months post-program. Here’s what Courtney from Hastings Deering had to say after taking part in our 2019 cohort.

“My manager noticed my improvement and growth from this program, and I was asked to step into his role while he was away. I have been identified as his successor and I have Lead Boldly learnings to thank for that.”

That’s just the tip of the iceberg of what we’re sure Courtney will go on to achieve in her career.

Over the years of running this program, we’ve had other professional and personal transformations that would make you misty-eyed with joy. 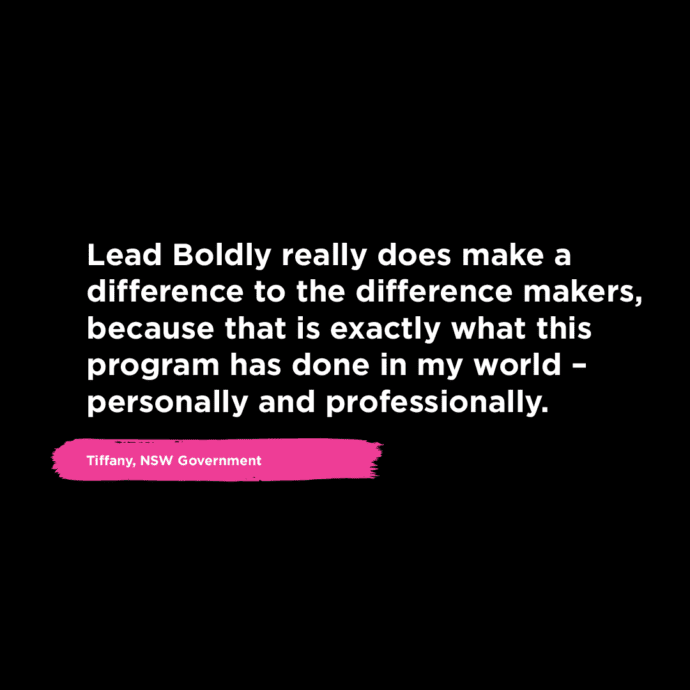 Want to make a difference in your workplace this International Women’s Day? Let’s talk about what it would take your workplace to Lead Boldly in driving change and creating workplaces of equality. We believe the statistics will change; the choice is whether your workplace will be at the leading edge of this change or playing catch-up. 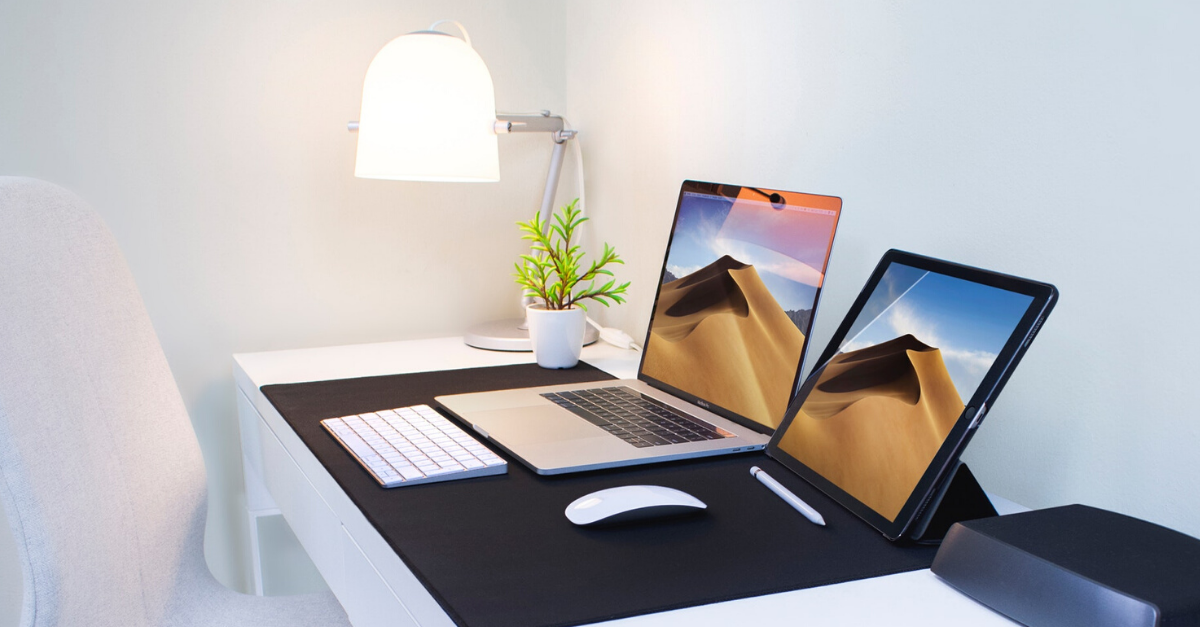 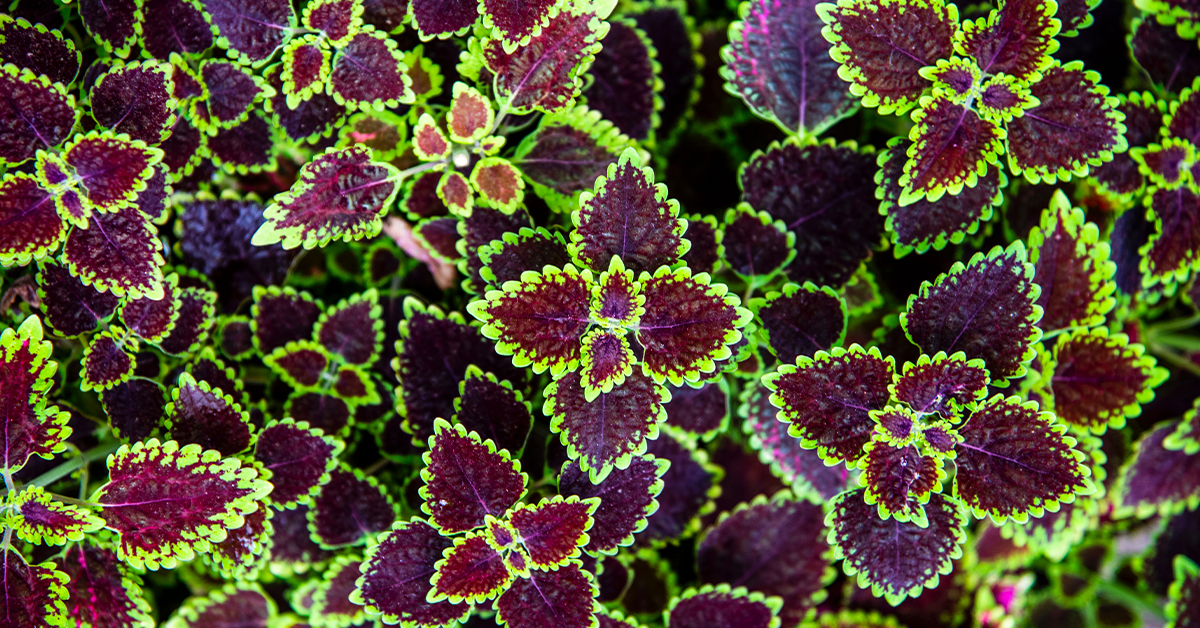