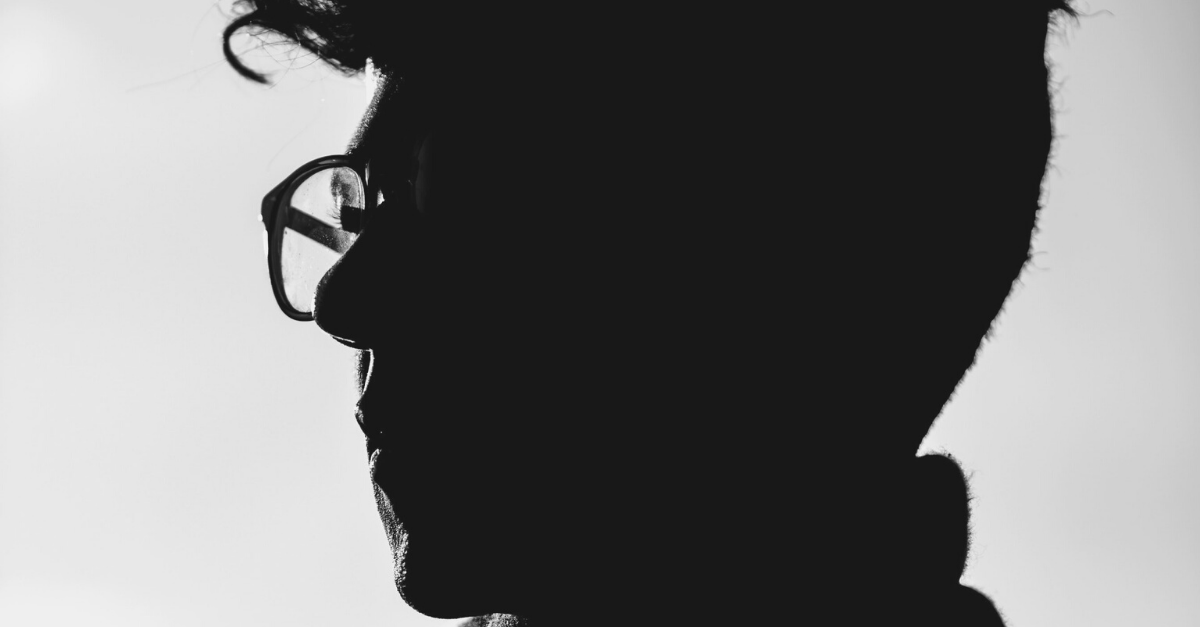 Creating a team identity isn’t as simple as setting a couple of goals and heading off into the mountains for a team retreat.

While it may sound fluffy to the sceptics out there, developing a team identity is a powerful driving force that increases performance and often results in discretionary effort.

Read on to delve deep into team identity and the role it plays in developing a positive workplace culture.

The most common myth about team identity.

There is an urban myth out there around our identity. It’s the idea that we can head to the hills, drink organic tea for a few days, cleanse our body, cleanse our mind and return to the real world with our identity determined, believing it’s unaffected by the world around us.

What happens when you don’t have a clear team identity?

A team without a shared identity (or ‘purpose’) is a team that’s no longer engaged. A sense of helplessness arises, typically coupled with internal bickering and a dash of chaos.

If the team are really self-aware, they will find themselves saying things like ‘I just want to be inspired again’. For the team that lacks this self-awareness, they’ll turn up to work in a state of quiet desperation.

Teams that don’t take the time to talk about their identity end up being at the mercy of the pull of the world around them. Make no mistake, the pull around them is very, very real. It’s the stress of the global economy, competitor advancement, staff disengagement, day to day survival.

All of these forces and more make up the eco-system we exist in and we have to be aware of them.

Here are some actionable steps you can take to begin developing your team identity.

Ask your team about a time the felt they were operating at their best. Listen with intention and notice the themes that emerge.

The ones that align with the team’s place in the broader organization.

A mantra or a word that sums up what really brings out the best in your team. 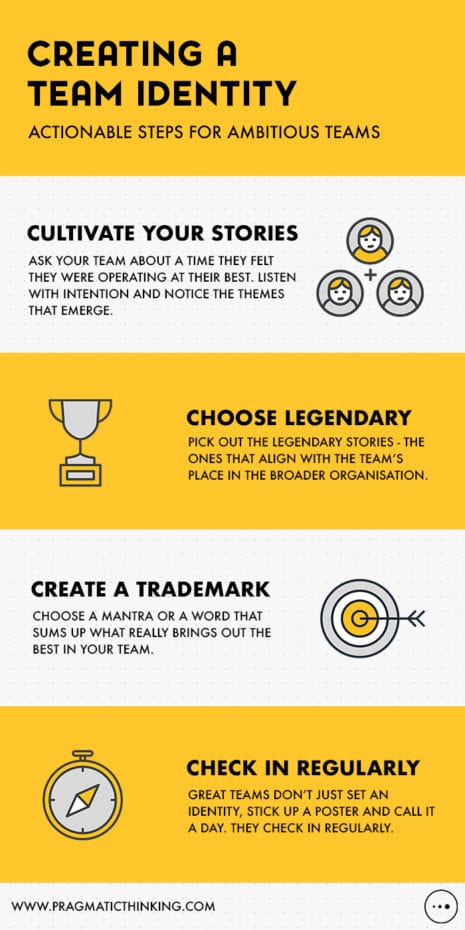 These are powerful steps, but they can be hard to come up with on the spot.

Because we’ve got our day-to-day tasks and responsibilities swirling around in our minds, we can struggle to find the headspace and the time to form a team identity.

In this case, it’s incredibly helpful to call on an external professional. Someone who can bring your team out of their day-to-day and into an experience that inspires. In our program, Great Team Framework, we do just that.

The importance of discussing and re-evaluating your team identity over time.

A helpful way to think about identity is through the metaphor of ‘true north versus magnetic north’. This analogy comes to us from nautical navigation.

When lost at sea, with no stars in sight, boats rely on a compass to get them back on track. Compasses are a clever little human invention that rely on the magnetic pull of the north pole to get the needle to show which way is north.

Sailors know this, and they certainly don’t ignore it. They accept that the forces around them can indeed pull them off course, and so they course correct. By regularly calibrating and taking into account the pull away from true north, they avoid being pulled off course. 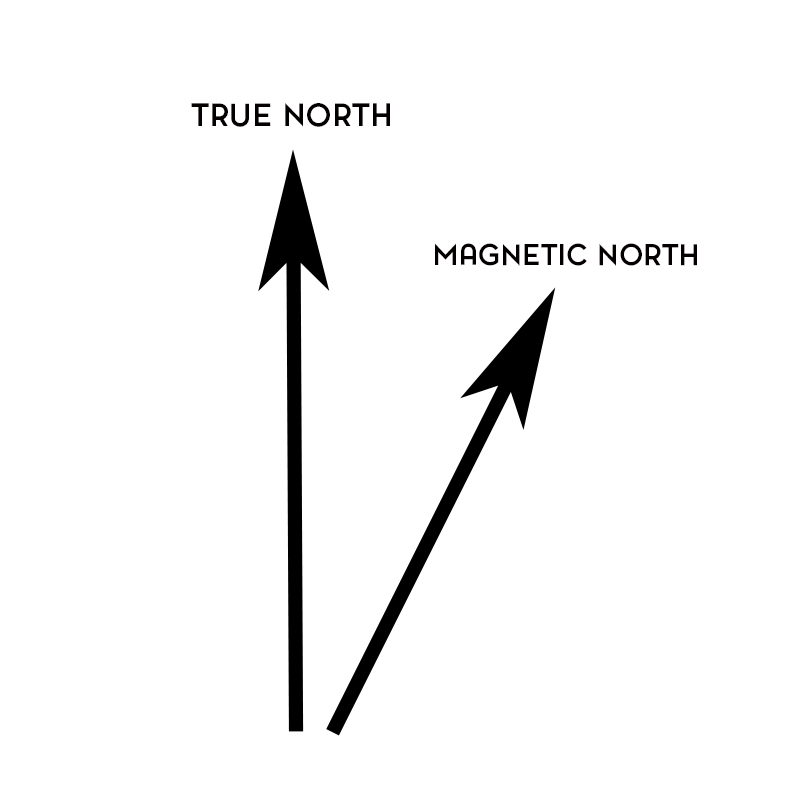 In the case of creating a team identity, true north is our truest self. The most authentic, best version of who we are. For individuals, as well as for teams, true north is where we’re all at our best.

Magnetic north is who we can become when the pull of forces around us take us off track. We may look like we’re tracking right, but we’re slowly going off course.

If we course-correct as a team often, with these little recalibrations, we stay on track. If on the other hand, we’re unaware of the pull and keep following magnetic north, what was once a small correction to get us back to our best becomes a massive leap.

Great teams don’t just set an identity, stick up a poster and call it a day. Instead, they regularly check in to make sure they’re doing what they can to stay on track.

Found this a bit fascinating? Grab the link and pass it onto a fellow leader who’ll appreciate it. If you want to delve into this topic, take a look at our Great Team Framework program. 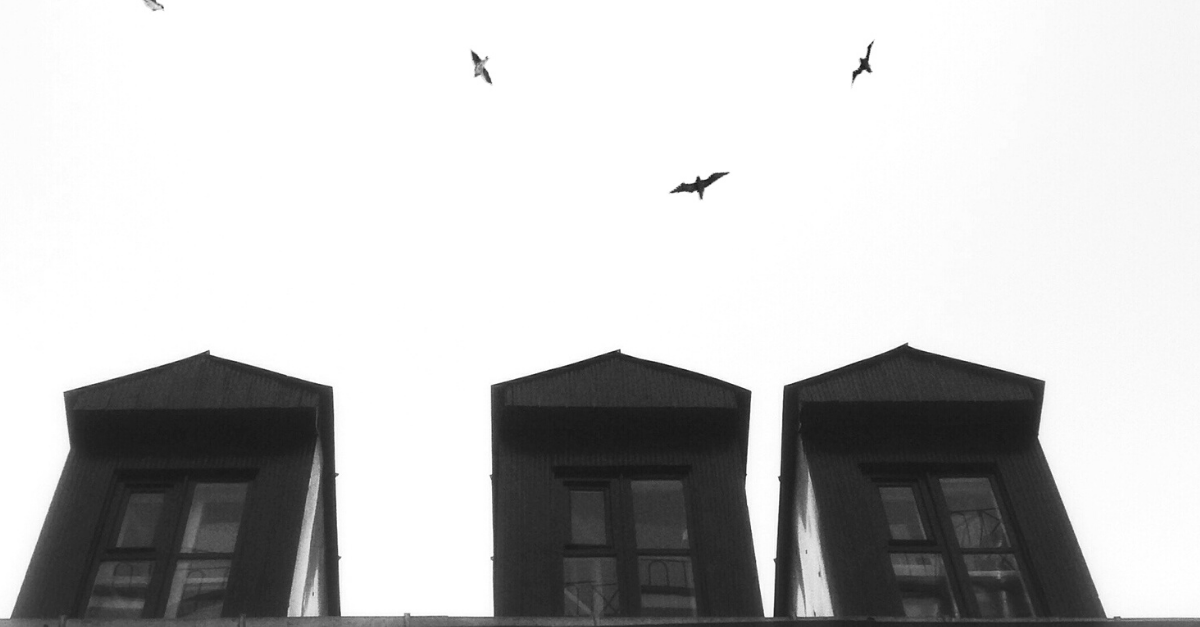 8 signs you have a great hybrid team culture 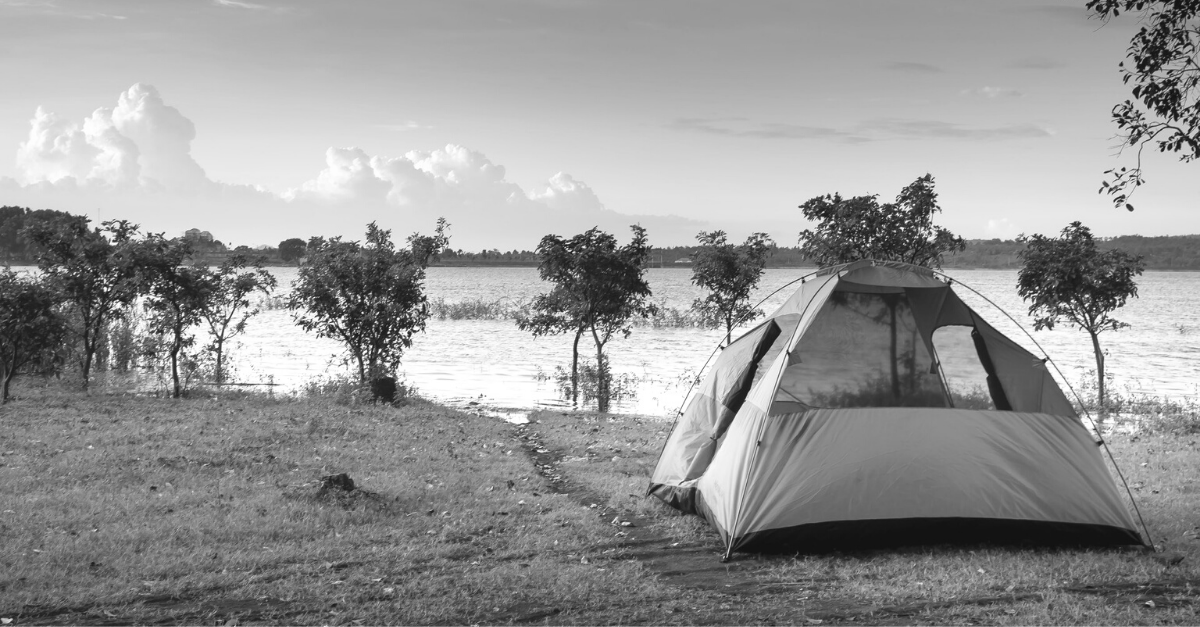